Xi Jinping is China’s most powerful leader since Mao Zedong 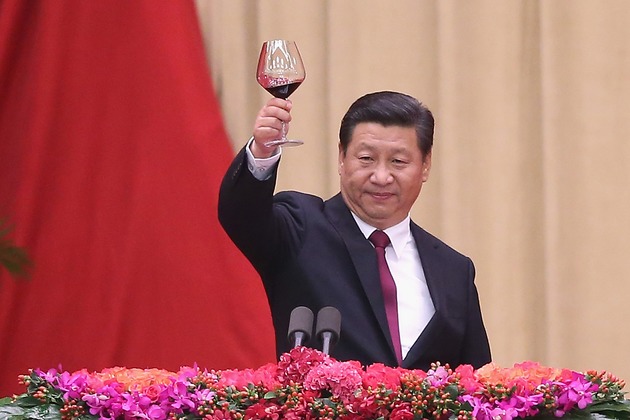 BEIJING, China – In a unanimous vote conducted at the end of China’s most important twice-a-decade political meeting, the Communist Party Congress, the country’s president Xi Jinping was elevated to the level of founder Mao Zedong.

Jinping, who has steadily increased his grip on power since becoming the leader in 2012, managed to rise in Chinese Communist Party history, with his name and ideology now enshrined in the constitution.

The vote was conducted in Beijing’s Great Hall of the People, where over 2,000 delegates sat under the red star and raised their hands together, to incorporate the “Xi Jinping Thought on Socialism with Chinese Characteristics for the New Era” into the Communist Party constitution of China.

The move, the country’s media pointed out, means that any challenge to Jinping, will now be seen as a threat to Communist Party rule.

Despite the unanimous vote, at the end of the process, delegates were asked if they had any objections, and responded with loud cries of “none.”

Apart from founder Mao Zedong, none of the previous Chinese Communist Party leaders, who have had their ideologies incorporated into the party’s constitution or thinking, have had their philosophy described as “thought,” which is at the top of the ideological hierarchy.

Reports pointed out that only Zedong and Deng Xiaoping have had their names attached to their ideologies – and Xiaoping’s name was only added to the constitution after his death in 1997.

Mao waged a bloody war in the long march to 1949, when he declared the People’s Republic of China and Deng opened China up to the world in 1978, with a policy of economic engagement that has led to China’s rise as the world’s second-largest economy.

Speaking to party delegates on Tuesday, Jinping said, “The Chinese people and nation have a great and bright future ahead. At this great time, we feel more self-confident and proud. At the same time, we also deeply feel a heavy sense of responsibility.”

He also promised, in his philosophy, to address China’s “unbalanced and inadequate development.”

Jinping has described his concept as central to setting China on the path of securing a “decisive victory in building a moderately prosperous society in all respects.”

He has reportedly set the target dates of 2021 – the 100th anniversary of the party’s founding – and the People’s Republic’s centenary in 2049 – for the establishment of a prosperous, modern society.

On Tuesday, China’s constitution was also amended to include references to the party’s “absolute” leadership over the armed forces, which have been modernising rapidly under Jinping, and a commitment to promote his signature foreign policy and infrastructure initiative known as One Belt, One Road.